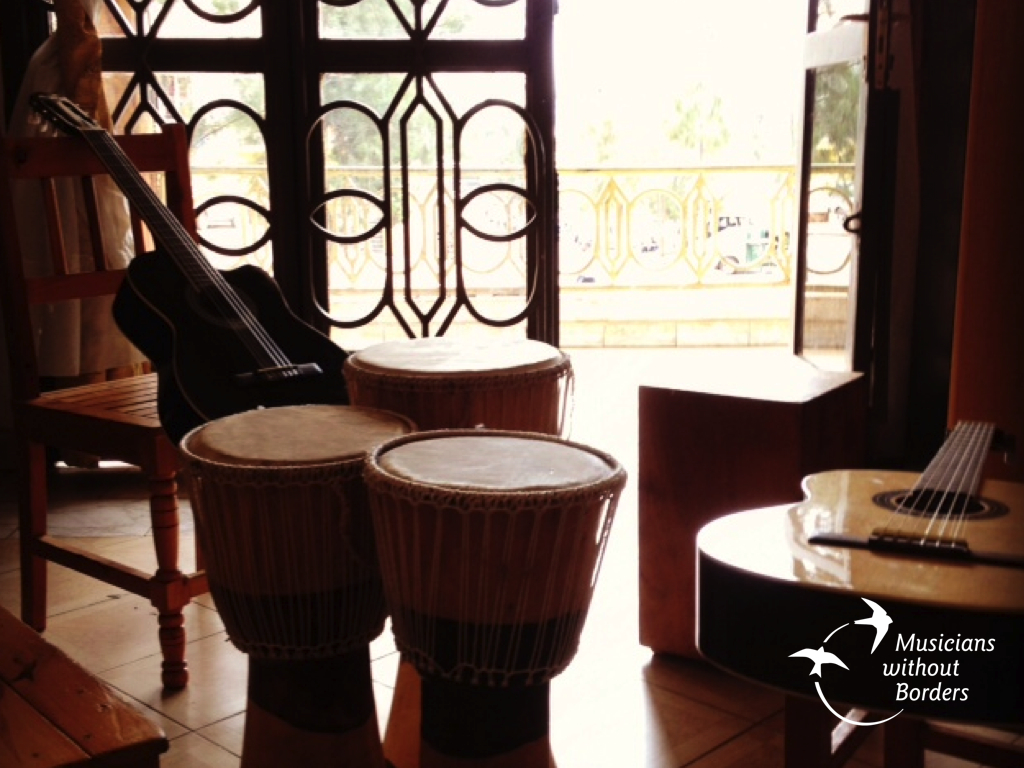 It took me a couple of months of giving therapy sessions before I asked my translator why everyone always answered “fine” when I asked them how they were – even when many times later in the session it turned out that really they were not fine at all. He explained that that simply is the answer to the question “How are you?”

There is no option. Rwandans joke that if you ask a Congelese person the same question they will answer “I’m hungry”, but not in Rwanda, that would be wrong. I think it is linguistic; the question has no other answer in a linguistic sense.

For those several months before the pattern dawned on me, I would think “Fine. OK, let’s move on, everyone’s fine. Good.” And we’d move to music. Then when we played it became clear something was not fine – some disquiet, a lack of cohesion, an isolation within a group member’s playing, someone slamming a drum with no concern for anyone else… I would try again with words, and again the answers would come back, “fine”, “no problem”. Only when we discussed our music-making would the conversation shift.

If we began our discussion from the difficulty we’d had finding a beat together, or the variation in each others’ playing, then we could move past linguistic conventions into what was really happening between us in the room at that moment. Of course sometimes things still remained unsaid, but it had been acknowledged between us that there was perhaps something else going on than simply “fine”.

It seems that at school, Rwandans learn the same response in English. “How are you?”, “I am fine thank you.” In England too, perhaps I learned this. Other responses are possible linguistically in English, but I would rarely dare to give another reply. I wouldn’t want to make the other person feel uncomfortable….
I wouldn’t want to alter the rhythm of the exchange, or of their day.

Often music therapy is thought of as something that temporarily reduces suffering, or makes people happy. In fact I think it is often something that allows people to be suffering or unhappy. In daily life people have to be “fine”. Music therapy can give a safe opportunity to not be fine and that can provide a huge relief.