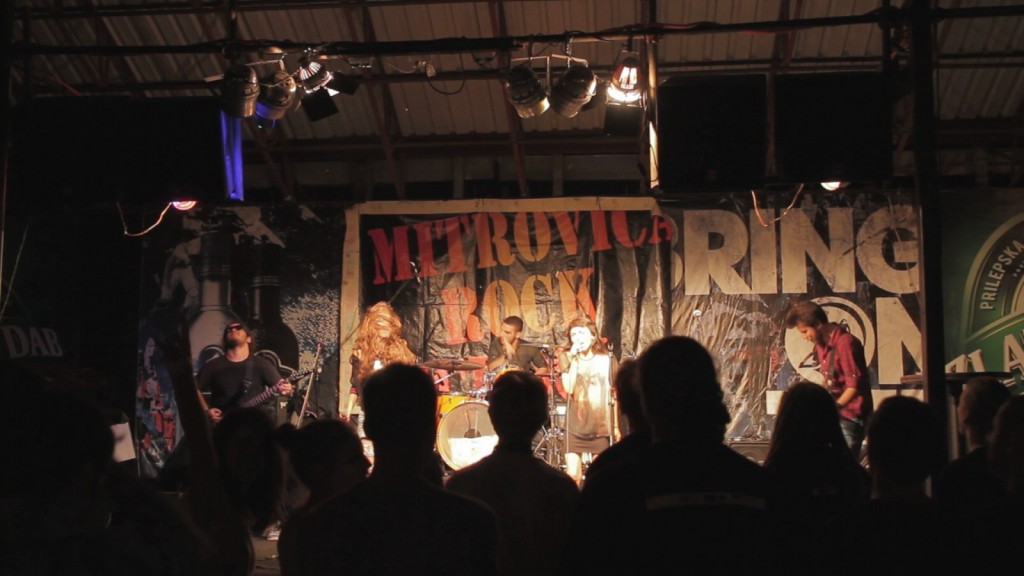 2014 was a busy year for the Mitrovica Rock School: we held over a thousand lessons and band coaching sessions, we organized some twenty concerts at home and abroad, and we signed up over eighty new students.

But the stuff that makes us most proud are bands like Astral Dreamers, young Rock School students who signed up for the Ambassador Band Program and ended up writing beautiful new songs, making studio recordings, performing for international audiences and even producing their own music video.

In 2014, six ethnically mixed bands participated in training weeks and tours in Skopje and Berlin. They produced a wealth of new songs, and all bands but one will continue into the next year, with follow-up planned in Kosovo, Macedonia, the Netherlands and Germany. Despite press restrictions, mixed bands Sublime 6 and the Suck of Psychotic were featured on BBC News, Australian ABC and German Generation Separation.

The idea was based on The Artchitects, a mixed band formed by our very best students, who have gone on to represent us around the world. But the reality was that each band had its own chemistry, some excelling in songwriting, some in performing, some in style and creativity. All worked at different speeds and towards different goals. Some didn’t really mesh until they changed some members, or until their second tour. All proof that they are, you know, real bands.

We love how different all these bands are, and we love the fact that none of them ended up doing what we expected. To reflect this and because we want to open up the program to students of all levels, we’re announcing a new program name for the 2015-2016 school year: the mixed band program.