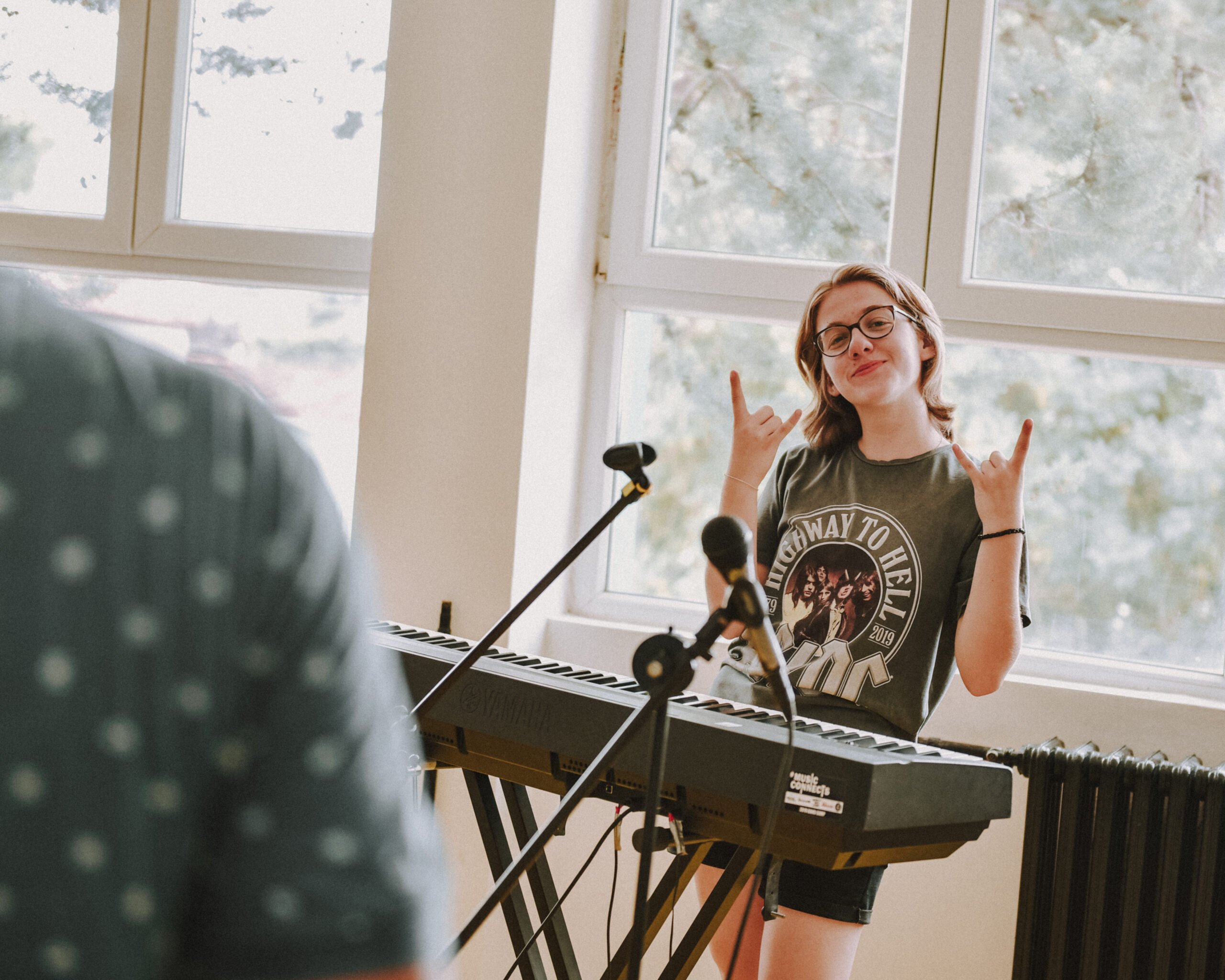 By Eefje WeversDecember 22, 2022No Comments

As we approach the end of 2022, we’re taking a moment to look back and reflect on our work and impact during the year. With the end of the last restrictions of the pandemic and the launch of a four-year Creative Europe project, 2022 started with the promise of opening borders and expanding horizons.

For the first time in three years, we were able to organize our Skopje Summer School. Ten ethnically mixed bands from Mitrovica and Skopje wrote, rehearsed, recorded, and performed their songs in an exciting band camp.

In October, all six partners met up for an inspiring, productive, and exciting series of pilot meetings. The group visited Roma Rock School in Skopje and Mitrovica Rock School, where the first training week of the project had just kicked off.

Earlier this month, our first three-school supergroups spent four days rehearsing a setlist with Rock School originals, both old and new. The young musicians from Mitrovica Rock School, Roma Rock School, and Fontys Rockacademie prepared for their performance at Balkan Trafik! in Brussels in April 2023.

In between the international activities, the school’s daily activities continued: we organized music lessons, band rehearsals, workshops, and concerts.

While the current situation in Mitrovica is concerning, we are heartened by the talent and promise of the Rock Schools’ young musicians, and by our partners’ commitment to using the power of music to build community and connection.

Here’s what Music Connects achieved in 2022: