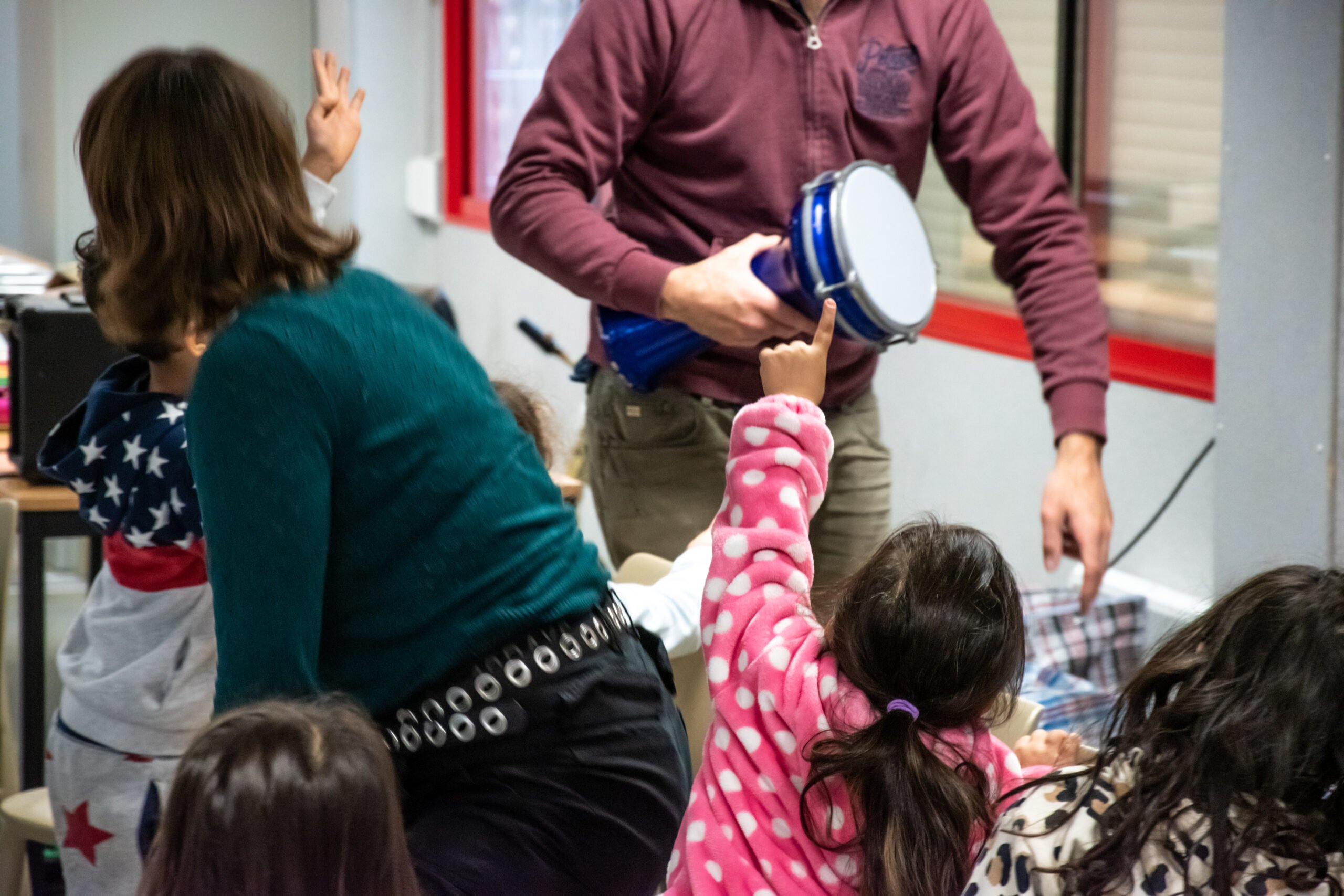 Crises can be overwhelming. When war, systemic violence and societal collapse affect masses of people, when the effects spill over borders and across continents, when truth is obscured by political rhetoric, it is easy to feel helpless to ‘do anything’. That is what we are experiencing in the crisis facing displaced people across Europe right now.

While the overwhelming majority remain in their home regions, increasing numbers of increasingly desperate people continue to risk their lives in rubber boats and dangerous overland journeys, seeking safety and a future for themselves and their families. For decades, Europe has attempted to keep refugees out, making deals with Libya and Turkey, building walls and fences, funding the heavily armed Frontex border police—while frightening its own citizenry with images of invading hordes threatening their jobs and lifestyles. Meanwhile, as the suffering in war-torn regions increases, so does the number of refugees arriving in Europe.

In the Netherlands, one of the world’s wealthiest countries, the government claims not to have enough facilities to shelter the growing numbers of people arriving after difficult, traumatic journeys. (As in other western countries, the Dutch open door welcome to  Ukrainian refugees shows that this lack of ‘facilities’ is actually more a lack of will to receive others fleeing the same, or even worse, conditions.)

Many are assigned to temporary emergency shelters that are not suitable for habitation: locations such as tents, gyms and event halls that lack the most basic conditions such as privacy, clean sanitary facilities, beds, decent food and protection against weather conditions. Some have even been left outdoors to survive with no shelter at all. Over the summer, the situation in Dutch asylum centers got so bad that Vluchtelingenwerk (The Council for Refugees) took the government and its asylum agency to court after a three-month-old baby died at an overcrowded facility. For the first time ever, Doctors Without Borders (MSF) sent a team of medical workers to the Netherlands following a build-up of migrants in one of the largest Dutch asylum centers. MSF provided shelter and ‘basic healthcare’ to hundreds of people, many of whom were suffering from skin infections due to unhygienic conditions and neglected wounds from walking for weeks on end. Others were in need of mental health care for anxiety, panic attacks, depression, and psychosis – conditions exacerbated by the uncertainty of the situation.

Today in the Netherlands, thousands of children and their families are facing dangerously inadequate conditions. The urgency of the situation is not political or rhetorical, it is real and it is disastrous. Children are stuck in this system for months or years, without a stable home, an education, a chance to make friends, play, grow and develop.

That is why Musicians Without Borders put Music Bus NL on the road: to be there for the people most vulnerable in this crisis. To make space for children and families whose agency has been lost in the political noise of conflict. To breathe creativity and joy back into environments defined by bureaucracy and hardship.

The Music Bus brings a traveling team of musicians to emergency reception centers throughout the Netherlands and engages the children in…making music. Using participatory activities—body percussion, drumming, singing, musical games, simple dance, and movement—the Music Bus team makes music fun and accessible to all. No common language? No problem, the Music Bus musicians are skilled in non-verbal music leadership. Wide age range? One leader will lead the older children in drumming while another gets the little ones to dance to the rhythms of the drums. Adults joining in? Let them be the assistants! Music Bus NL is responsive, flexible and creative—its team members know how to let everyone be a musician in their own way.

In 2022, Music Bus NL organized music workshops across nine different emergency centers, reaching almost 1000 children and their families. The workshops were well attended, children and sometimes adults eager to join. Staff at the centers noted that it was exceptional for women, men and children to all engage in activities together and that the music-making had a positive impact on their energy, mood, and sense of connection, something that is rare in such locations. People who have been unaffected by conflict and migration may take such moments for granted, but in the camps and centers, these opportunities can be life changing. Music Bus musicians and center staff report that these simple moments of creativity can dramatically improve feelings of safety and belonging, both vital for any person to survive and to thrive.

People in forced migration need their physical needs met: shelter, food, medical care, education, jobs. But they also need a sense of belonging, a feeling of safety and acceptance, the chance to experience joy, creativity, and the warmth of community—a welcome. Music can be that welcome.