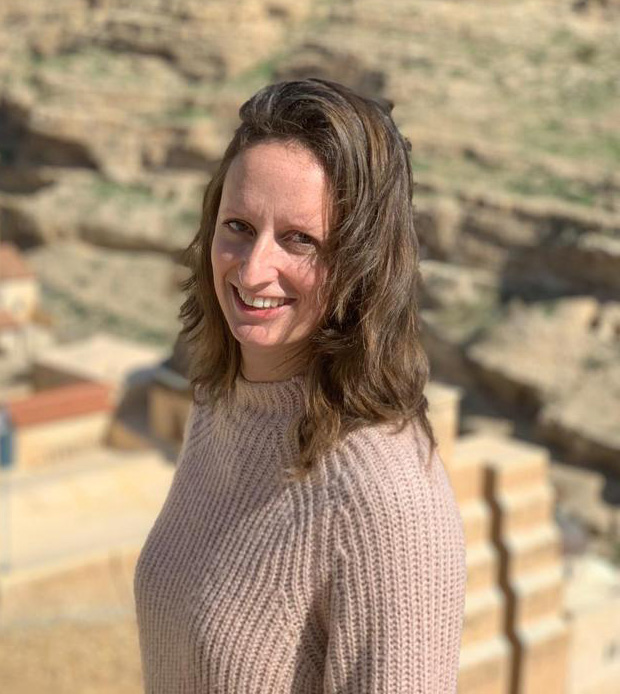 “We’ve seen the news– are you safe there?” Urgent messages from friends tell me that news from Palestine has reached Europe.

Since Covid restrictions have been relaxed in Jerusalem, the situation seems to have returned to ‘normal’, which only means that violence is on the rise again. Violence is always a slow-burning fire here, which accounts for the daily stress that dominates everyone’s lives– especially for the children. You never know what this day will bring.

As we have all come to understand during the past year, the sense of having no influence on your life can cause ongoing depression and fear. As much as I would like to, I cannot change the political situation here. But what I can do is to help increase children’s resilience in the face of that fear and helplessness, and to offer bits of light so that the dark times seem shorter.

And I am inspired by others. Halimeh, my deaf colleague, has worked for years as a music workshop leader for Musicians Without Borders, bringing the joy of music to deaf children and children with other special needs. In the last year, most of her lessons have moved online, and the videos that she has made for her pupils, with songs in Palestinian sign language, body percussion and rhythm sticks, make many children happy– but they also give me new energy and inspiration. Halimeh’s dedication to her work is unstoppable: she sees every new restriction or setback as a chance to think of some new way to reach the children.

Meanwhile, I am rehearsing a program of Arabic music with two cello students from the Old City of Jerusalem. We’ve been asked to perform on the roof of the Austrian Hospice, with its beautiful panoramic view over the Old City. Two days before our planned concert, the organization considers cancelling the performance because of rampant violence in the city. They ask me whether the two girls would even be allowed to come under these circumstances. I answer that this is their city and that, sadly, they are used to the situation. I tell them that, as long as we can get them home before dark, their concert should not be cancelled.

I have given these students cello lessons since they were four years old. We have played cello together while air alarms have gone off, and held our cello lessons while a young Palestinian was shot dead around the corner. This is their terrible reality. But, when we play together, they give themselves over to their music. And no one can take that away from them.

After our concert on the roof, as we walk together through the narrow alleyways of the Old City, one of the girls turns to me with a huge smile on her face and says, “This was the first time that I didn’t feel nervous!”