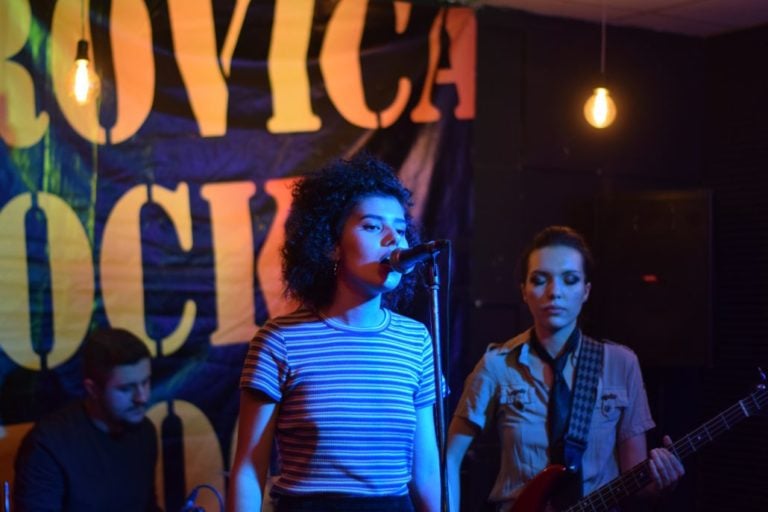 A little over a week ago, we had the pleasure of joining the Mitrovica Rock School and celebrate their 10th anniversary, with not one, but TWO amazing concerts! Read more about the festivities, the mixed bands, the Fontys Rockacademie trainers and how it all began.

On October 12 and 13, the Mitrovica Rock School celebrated its tenth anniversary, with concerts at our branches in north and south Mitrovica. Six mixed bands played their own songs, and were joined at the end by our teachers and Fontys Rockacademie students and teachers. Guests traveled from near and far to help us celebrate.

How it all started

Back in 2001, Musicians Without Borders was invited by Dutch peace organization PAX to travel to Mitrovica to meet local organization Community Building Mitrovica. Having learned of the city’s rock music tradition, Musicians Without Borders sent rock musicians, who quickly connected to musicians on both sides of Mitrovica. They told the same story: Mitrovica’s rock heritage had been decimated by the conflict, and largely replaced by nationalist turbo-folk.