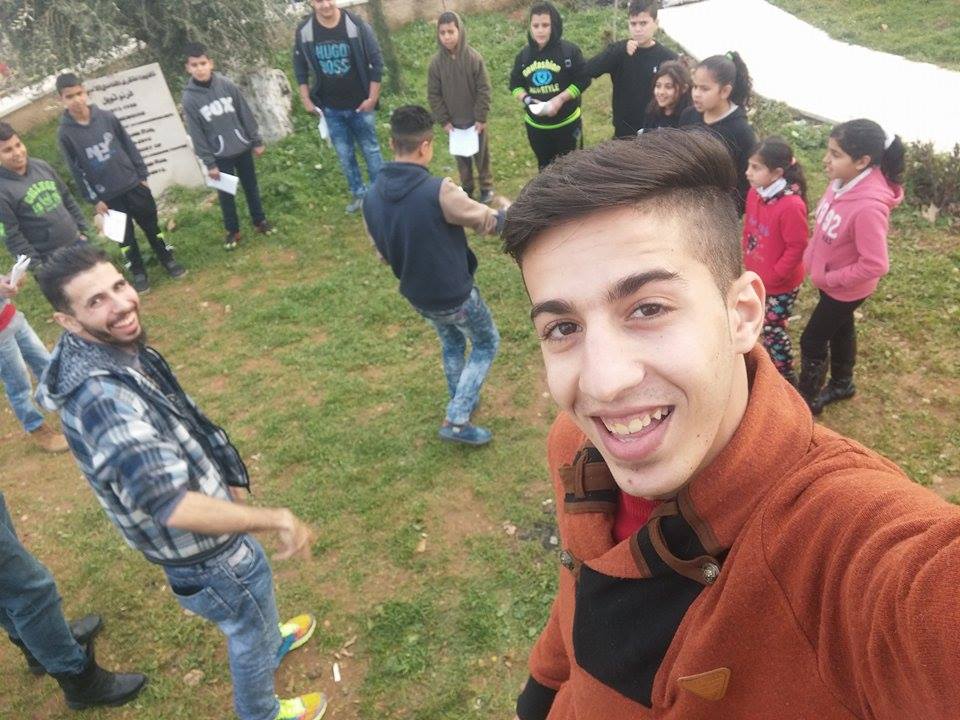 After an incredible training week with Dutch rappers and spoken word artists Manu and Guus (Kern Koppen), four Palestinian rappers gave their own series of rap workshops with children in their communities.

Inspired by all the new activities and exercises, Abed from Arub refugee camp and Mohamad from Dheisheh refugee camp are teaching a group, including children with serious health issues such as leukemia and thalassemia, in Al-Sadeel Society for Palliative Care in Bethlehem. They are also giving rap workshops to a group of refugee youth in al-Funiq Center in Dheisheh refugee camp and will start a third group next week in Jeel al-Amal orphanage in al-Azariyeh.

Nadim and Ahmad from Dheisheh refugee camp are teaching a group in Doha, South of Bethlehem. Doha is mostly inhabited by refugees who left the crowded refugee camps of the Bethlehem area, and is still in the process of finding its own identity.

Our rap workshop leaders support these children through the rap workshops, helping them to channel their feelings and thoughts and express them in a positive and strong way. The activities shared by Manu and Guus, and now documented in a manual, not only spark the children’s creativity, but also give them new tools to develop their musical and presentation skills. The children are challenged to find new words to describe what’s important to them.

At the end of the workshop series, the children will perform together with their workshop leaders and Manu and Guus, who will join us again in March. We are grateful to the Netherlands Representative Office in Ramallah for making this program possible!