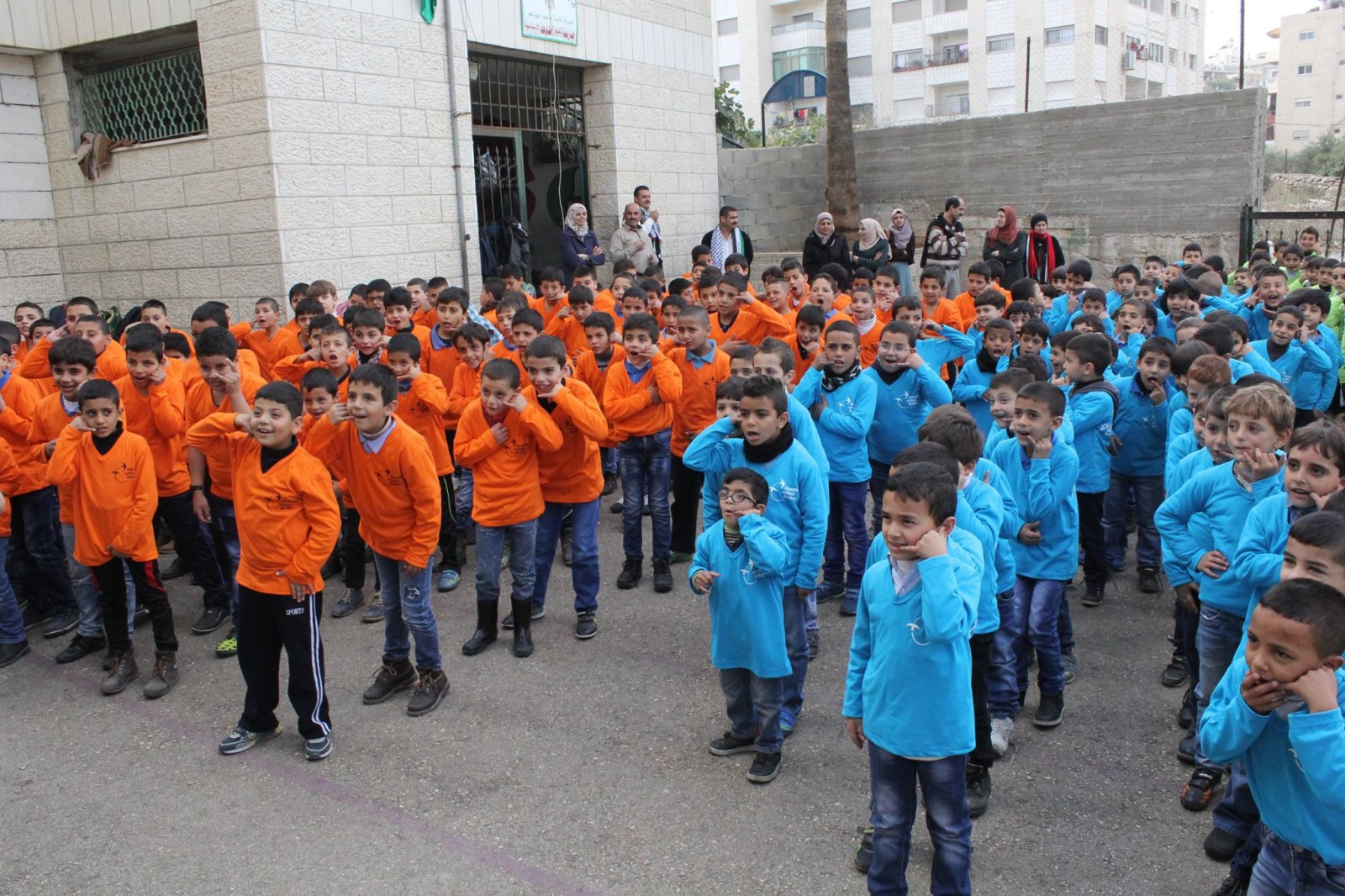 Sunshine in a rainy season

These last months, I wake up every day with the same thought: let it be a calm day. Let it be a day without new victims, without another life taken.

Some days we have to postpone our music activities out of respect for those who have been killed, some days simply because it is too dangerous to travel to certain villages. But most days we continue to make music, to rap, to sing.

This program is supported by the Netherlands Representative Office in Ramallah. The next step will be a visit to the Netherlands, where the Palestinian rappers will give workshops to youth, resulting in new songs and performances in which Guus and Manu will join.

We also continued our Musical Playgrounds, which have already reached more than 3000 children this year. In the last weeks, we made music with 270 boys and 470 girls from the municipality schools in Doha. Many of these children come from refugee camps and face poverty at home.

A Musical Playground culminates in a big final performance outside, in which the whole school participates. The material is practiced first in the classrooms, but only only comes together outside in ‘the playground’, where the children experience how different musical parts can be combined and become a beautiful composition and celebration.

We were nervous on the final Musical Playground day, because it had been raining since morning. But exactly when it was time to go outside and start the performance, the sun came through. After the performance, we offered the children a home cooked lunch and just as they finished their meal, it started raining again.

And that is exactly how I feel about Musicians Without Borders’ activities: some sunshine in this period of rain.