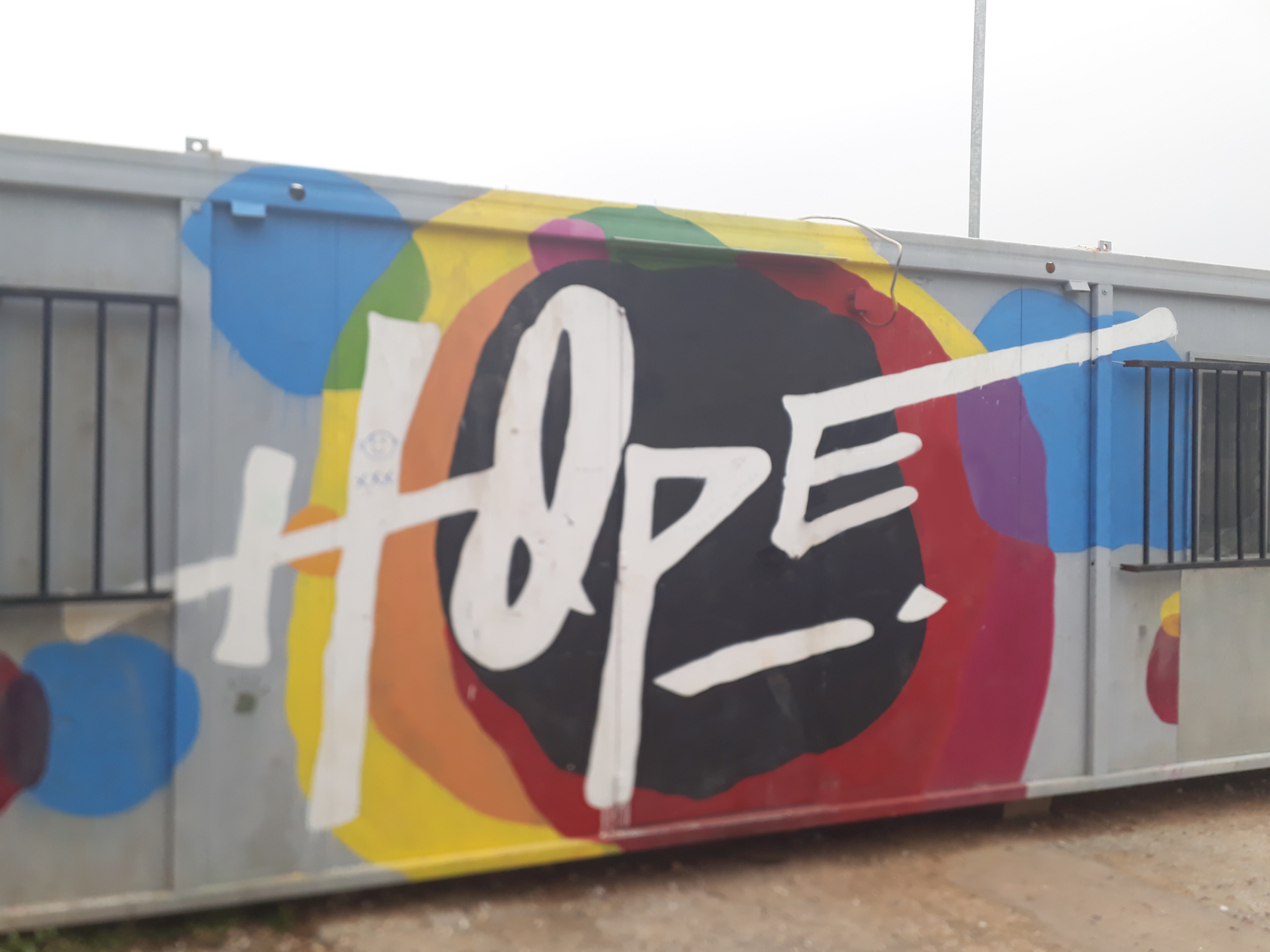 By Eefje WeversFebruary 21, 2022No Comments

by our director, Laura Hassler.

February 2022. I watch the evening news, and childhood memories of the ‘Cuban missile crisis’ roar back in my head. At the height of the Cold War, world leaders played chicken, bluffing and flexing their military muscles, risking everything for their right to global dominance. As a child of peace activists in the US, I knew enough at 14 to be aware of the threat of nuclear war and to be thoroughly terrified.

No one quite knew how, but the catastrophe was averted and we went back to our lives, though (at least for me) the sense of fear and helplessness of those days never quite went away.

Decades later, stories were told of a personal connection that had grown quietly between the US President Kennedy and the Soviet Premier Khrushchev in the years preceding the crisis. Without the knowledge of their military advisors, the two men had spoken informally, shared their love for their children and their hopes for a peaceful world for their grandchildren—and their mutual understanding and resolve to work together toward this goal.

As the world was poised on the brink of destruction, they spoke privately and made a deal ending the missile crisis, so that neither nation had to lose face. In exchange for Khrushchev pulling back the missiles headed for Cuba, Kennedy agreed to remove US nuclear missiles from Turkey, but the national constituencies never knew of the trade-off. Kennedy was assassinated one year later.

Sixty years later, the story is different, though only a little. The monstrous principle of brinkmanship, of risking all life on earth for the sake of military and political domination, rears its same ugly head. Even with the cold knowledge that most of the current ‘crisis’ in Ukraine is a show, a distraction from the real issues of profit and hegemony, a posturing that even the US-allied Ukrainian government tries to de-fang—even a very basic knowledge of history tells us that the risk that things could go very wrong is clearly present.

So much for bad reruns. What’s different now?

Although it’s a (social) media jungle, these days we can easily find information, learn history, and consider other viewpoints. Though the truth must be searched for, checked, and vetted, we are no longer dependent on government, military, and corporation-serving media for our information.

Whether it’s the communists, the terrorists, the axis of evil, or the illegal immigrants: the powerful try to control people with fear of ‘the other’. New in our age is that so very many of us have learned not to be controlled by this fear mongering, having become skeptical about the motivations of those who peddle fear—we know now that they’re monopolizing power and wealth by dividing us.

And more: so many of us have understood that we, ourselves, have tools to counter fear. Even if fear mongering forces seem to command overwhelming power, we now know that that power is obsolete, as new awareness grows and millions work to build community, empathy, and connection. We are not alone, and we are starting to win this one.

Globalism and shifts of consciousness

With all caveats about carbon footprints and flying less, we have truly built networks and connections around the world. For many, including musicians and other artists, environmental and peace activists, educators and academics, techies and corporates…our networks of friends, colleagues, and co-workers are no longer defined by our geographical locations, but by our interests, commitments, and passions. Whether in pre-pandemic conferences and collaborations, or COVID-style global Zoom meetings, millions of humans are no longer defined by their geography or the nation state where they (happen to) live. This gives us power and leverage to inspire and support a shift to new concepts of human collaboration.

Speaking of a shift: how many of us have extended our understanding of connection beyond humans to other life forms, to our entire planet? And how many millions are out there who might not share a specific political or social orientation, but are reconnecting with nature, understanding the imperative to protect all life on the planet? How many are understanding the causality between overconsumption in the wealthy regions and climate breakdown in the poorer ones? How many are understanding that we need to listen to the wisdom and knowledge of indigenous peoples and follow their leadership in protecting the planet?

We are also understanding the connections between global issues. Between economic systems and war. Between politics and corporations. Between profits and environmental destruction. Between, as Martin Luther King said, racism, militarism, and materialism. Between all of the above and misogyny and gender discrimination. We are understanding that ‘divide and conquer’ has been used forever and only works if we allow ourselves to be divided. And we are coming out of our silos and working together across borders and across issues.

It’s still a cruel joke, the required group portraits of global political leaders at summits and conferences: 16 men in suits and 1 woman in a colored jacket. But in movements for political, cultural, and social change, in education, in culture, in the arts, women are very present and often leading. Young women’s voices are leading in environmental and social movements. Older women are supporting younger colleagues, sharing their experience, nurturing new leadership and creating alternatives to hierarchical structures. Women not only bring qualities of care and connection to these movements but also influence our understanding of activism and leadership, building on the heritage of leaders, thinkers and creatives like Bernice Johnson Reagon, Arundhati Roy and Alice Walker, who weld creative, artistic vision to activist thinking.

The power of art

We are rediscovering the power of art to tell the truth. For hundreds of years, the human need to express connection and beauty has been class-controlled, objectified, and commercialized. But we are reclaiming the power of the arts to connect us, to inspire us with the beauty that humans can create, to look us in the eyes and tell us the truth about life, power, and connection. Across the world, from Rhiannon Giddens to Ai Wei Wei to Iara Lee to Banksy to Bobi Wine to V, artists are speaking out about global injustice, sharing the beauty and passion of their vision and talent, opening powerful ways of connecting to huge numbers of people, and inspiring them to action.

Your time is done. You look powerful but it is a sham. It will take effort and art, thought and creativity, planning and sacrifice. We might not get there, but we will.

We have no certainty, except the certainty that this is what our world needs, what humanity needs, what our living planet needs—people who move, create, and work together on behalf of life.

Sixty years ago, I didn’t know these things. I only knew that, despite my loving family, my living community of artists and activists, my music-loving, peace movement parents, we were all threatened with the end of the world, and I was terrified.

We navigate complexity. A war is now threatened in Ukraine. And nearby me is a wonderful friend, a Ukrainian singer who sings old songs, reinvents them in the contemporary with musicians from other cultures, offering beauty, inviting new understanding of connections across time and space.

I am no longer terrified. I am not necessarily optimistic about the short term. But I do believe in the long arc of history, and that we are starting to understand how to bend it toward justice.

Thank you for helping to #BringBackMusic