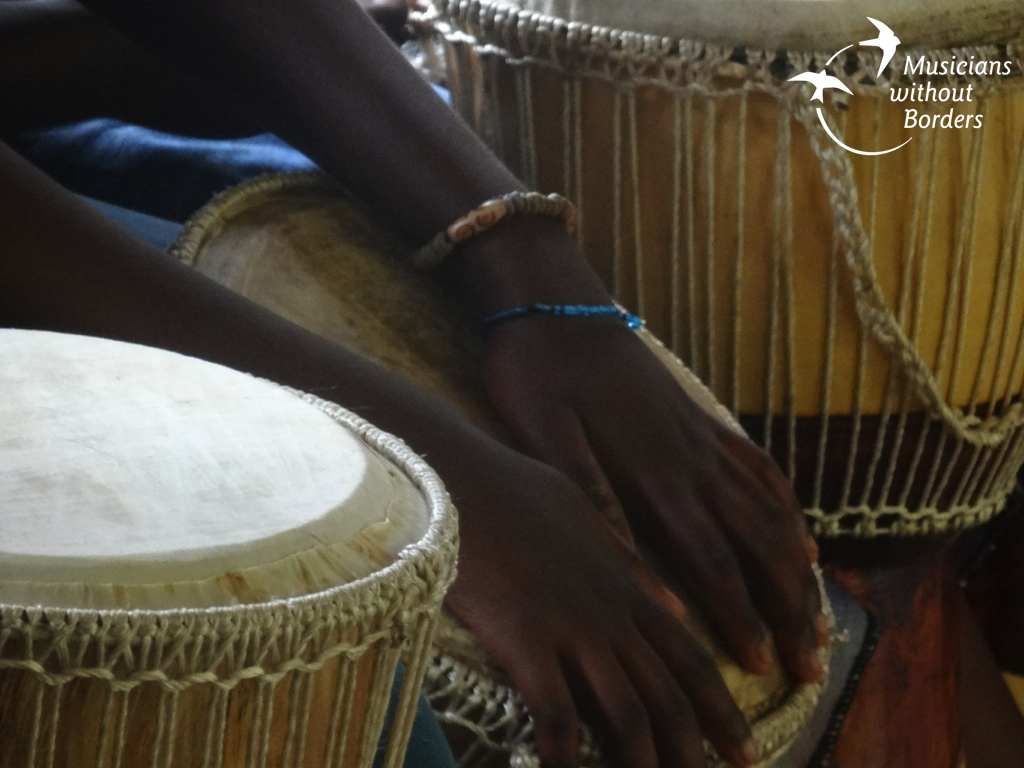 Because they were hiding, they couldn’t sing

“Because the tutsis were hiding, they couldn’t sing.”

Last week was the week of Memorial in Rwanda for those who died in 1994 during genocide. It was this testimony that came to my mind last week and that often comes to my mind as every day I watch people sing – sometimes unaware of themselves, sometimes initially with fear, sometimes sadly, sometimes with complete abandon.

Two weeks ago a young woman attended a music therapy session alone. I played piano and sang, and she listened. We drummed together. We paused with tired hands and laughed as I sang hello to an old fruit-seller who was trying to see in through the window of our room. Then the young woman began to drum and sing, first quietly, but as I joined her rhythm she began to open her lungs and find a full voice. Some part of her stopped hiding.

Remembering the tragedy of genocide in Rwanda in 1994 forces a stark comparison to the ideas of inclusion and acceptance that inform our work here. Watching someone finding the safety to bring forth their voice contrasts the silencing of 21 years ago. Bynjulf Stige offers a framework for this idea, formed during his work with people silenced through societal stigma:

“We cannot give people a voice, but we can contribute to the construction of conditions that allow for previously unheard voices to be heard.”

Working in Rwanda with HIV+ youth who face prejudice and marginalisation, this construct is powerful. In music therapy a boundaried safety can be formed that allows for expression and listening. Stige calls the music therapist’s role in this “Attending to unheard voices”.

The young woman had been a member of music therapy groups in the past. She had taken the role of the drummer, accompanying the phrases of others. Often her attention had appeared to wander, with her beat simply drifting along, holding her presence in our music but not offering direction. Sometimes her lips moved, but she wouldn’t allow us to hear.

People can be silenced in many ways: social, emotional, physical, political, or economic. Music can offer a means to rediscover how it feels to make a sound and have your sound be present. When this is attended to by others it impacts beyond the music into everyday life.

In a recent evaluation of our music therapy service in Rwanda, one member told us:

“When I started participating in these sessions of music it’s when I started to be open and was able to speak in public without any fear. Playing musical instruments has been a trigger to communicate with my peers, and made me happy even outside sessions.”

– As we remember, we stand with all Rwandans for a peaceful future.